Why is Trump bad for humanity?

The fight against Trump isn’t political, it’s a fight against someone who’s trying to build a cult of followers and destroy the environment and our health. 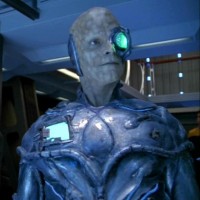